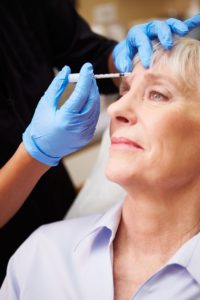 Nowadays if someone mentions Botox, wrinkles and cosmetics immediately comes to mind. And it’s true – this product has had a profound impact of the aesthetic industry. In many ways, Botox has literally brought wrinkle reduction to the masses, and has changed our approach to cosmetic rejuvenation.

However, like other medications, physicians and researchers have continually explored other uses for this product. In fact, Botox and related products (Dysport, Xeomin, and Jeuveau – collectively known as neurotoxins), have been found to be effective for several other skin conditions and diseases. Some of these uses may surprise you! Below are real examples of Botox uses that have been published in the medical literature.

Sweating is one area where neurotoxins has shown a significant effect, and is often a treatment of choice for excessive sweating, or hyperhidrosis. Whether it’s the armpits, hands or feet, Botox has proven clinical efficacy in diminishing sweat. Similarly neurotoxins have been used for the treatment of cephalic hyperhidrosis, or excessive scalp sweating. The decrease in scalp moisture actually has an anti-frizz effect on the hair. The term “Blowtox” has been coined to describe how this procedure can extend the duration of blow outs!

Similar to hyperhidrosis, neurotoxins have been used to control bromhidrosis (body odor) and chromhidrosis (colored sweat).

Neurotoxins have also found a place in controlling neuropathic pain and itch syndromes. It has been used to provide relief to patients suffering from disorders such as post-herpetic neuralgia and notalgia paresthetica.

Botox can be used to control redness and erythema in rosacea patients, as well as preventing rhinophyma (sebaceous gland enlargement on the nose). Botox has been used effectively to shrink pores and decrease sebum production, allowing for less oily skin.

The use of Botox in androgenetic alopecia, or male pattern baldness has also been reported. In one study, treatments led to an 18% increase in hair and 39% decrease in hair loss when injected into balding scalps.

Finally, neurotoxin has also been injected in the skin around surgical sites to improve the cosmetic outcome of scars post-operatively.

Botox has also been used for non-dermatologic issues such as bladder and esophageal spasm, as well as twitching eyelids. But one of the more surprising areas Botox has been used is in sexual and reproductive health.

“Scrotox” is a popular term that has been used to describe treatments for genital sweating. Interestingly, medical studies have demonstrated that Botox treatments can also prolong premature ejaculation times in males, and be effective for vaginismus in women! Botox has also been used to effectively alleviate hot flashed in peri-menopausal women.

Finally, Botox may also have a role in mental health. Studies have shown that Botox treatments can alleviate depressive symptoms. One study showed Botox treatments led to a 47% reduction in depression scores.

Obviously, Botox is just one of many treatments for most of these conditions. However, in recalcitrant cases or patients that fail conventional treatments, it is nice to know what other options are available. Looking rejuvenated and fabulous might just be an unavoidable side effect. To learn more about Botox treatments and it’s potential uses, please contact Dr. Mamelak here.