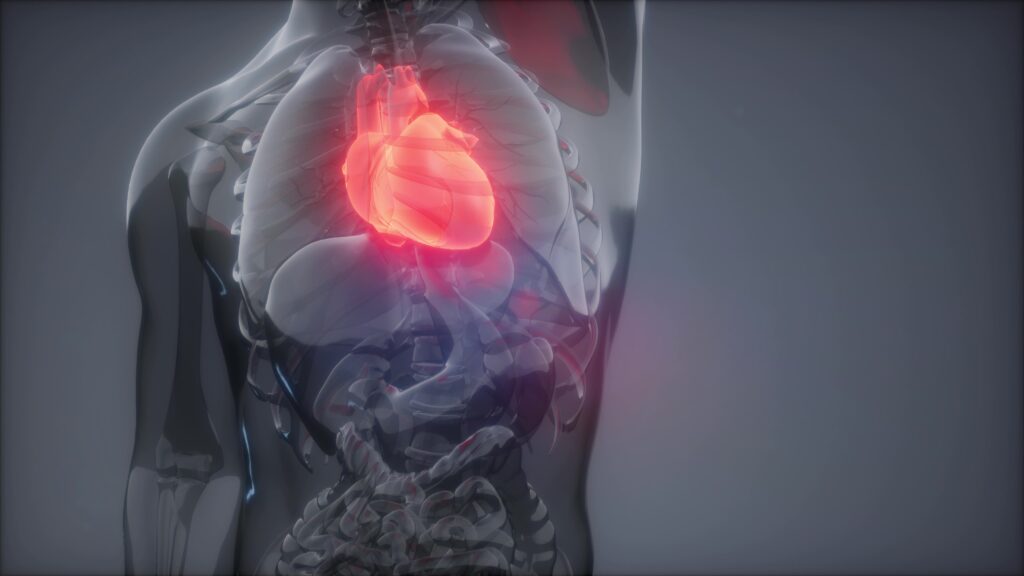 Psoriasis is a chronic skin disease that typically presents as itchy, scaly, red patches. It is most commonly found on the elbows, knees, scalp, and trunk. There are multiple types of psoriasis including:

Most types of psoriasis tend to be cyclical in nature, with bouts of inflammation flaring for a few weeks or a few months, then subsiding.

Chronic inflammation seems to play a role in a variety of diseases including arthritis, obesity, depression and heart disease. Medical experts have discovered that psoriasis and its associated inflammation may also play a significant role in contributing to cardiovascular issues. In fact, in patients that have a severe form of psoriasis, they are 50-60% more likely to have a heart attack or stroke by age 50.

The chronic inflammation that psoriasis sufferers experience not only inflames the skin but over time may also inflame blood vessels, which can eventually lead to atherosclerosis. With the increase of plaque within arterial walls, there is less room for blood to flow to the heart thus increasing the risk of a heart attack.

In two separate trials, addressing inflammation with key medications such as colchicine or canakinumab resulted in a notable reduction in cardiovascular issues, even in patients that recently had a myocardial infarction (heart attack). Indirect benefits were also found, when as psoriasis patients had reduced outbreaks, their mood improved and they became more physically active, both of which helped to further reduce their levels of inflammation.

If you are a psoriasis sufferer and have concerns about your increased risk of cardiovascular disease, there is a treatment for you. Contact my office for a personal consultation to learn more about effective treatments designed to reduce the inflammation associated with psoriasis.