Could zinc supplements be the answer to controlling acne? A number of studies have suggested zinc supplementation could play a positive role in managing inflammatory skin diseases.

Zinc appears to have a number of anti-inflammatory effects both on the adaptive and innate immune systems. It has been shown to reduce neutrophil chemotaxis, inhibit T-17 helper cell activity, and increase toll-like 2 receptor expression on skin cells. 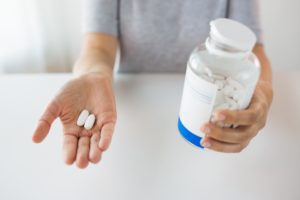 It is no wonder zinc supplementation has been studied in patients with inflammatory skin conditions including atopic dermatitis, acne vulgaris, diaper rash, hidradenitis suprativa, psoriasis and rosacea, to name a few. The majority of these studies have shown some degree of improvement in the skin disease studied. The supplements taken included zinc gluconate, zinc sulfate, and zinc oxide.

Fourteen studies have assessed the role of zinc in the treatment of acne. Overall, nine studies comparing zinc with placebo demonstrated a positive trend and clearer skin in the zinc supplementation group. The other studies looked at zinc combined with other agents, such as antibitotics, lactoferrin, Vitamin E, and Vitamin A.  In another study, investigators noted that plasma zinc was initially much lower in patients with acne than in those without.

Three studies supported the use of oral zinc supplementation in adults with hidradenitis suppurativa. In one of the studies, investigators found a significant decrease in disease severity, erythema and inflammatory nodules. No difference was found in the number of fistulas or pain intensity.

While research on the use of zinc supplementation in acne and hidradenitis is promising, evidence for its role in rosacea, psoriasis, diaper dermatitis and eczema is weaker and still unclear.

From research to date, it appears zinc may have an anti-inflammatory role in diseases affecting the hair follicle. Still, larger controlled studies are required to best elucidate the relationship between zinc supplementation and inflammatory skin disease.